The art of dance accompaniment is a special niche, as we posted last month. A beloved Portland icon in the dance and music world, Robert Huffman has died.

The dance studios of Portland are dimmer, and more hushed, following the passing of Robert Huffman at age 78 on January 16 after a brief illness. Pianist, accompanist, performer, comedian, friend, confidant, mentor, and inspiration to many generations of dancers and teachers, Robert leaves us poorer, yet richer for the wisdom, characteristic wit, vibrancy and love that defined his life.

Nancy Davis, artistic director of The Portland Ballet (where Robert was principal accompanist since the school’s inception in 2001), considered him to be Russian at heart, and savored his playing of Stravinsky, Rachmaninoff, Khachaturian. Carol Shults, who taught classes with Robert at the piano since the mid-‘80s, will always think of him as French because of his delicious interpretations of Debussy. And Nick Jurica, a former TPB student now studying at Juilliard, says he learned to love and appreciate Ravel thanks to Robert’s music. Who knows how many other identities this one musician adopted with the countless dancers and teachers who experienced his accompaniment over the decades.

The list of schools and companies where Robert worked includes every iteration of what is now Oregon Ballet Theatre, the Jefferson Dancers, Northwest Academy, and Whitman College. But his music reached much further than this region: an abbreviated roster of important ballet world figures who taught to Robert’s music includes Mark Morris, Keith Saunders, Trey McIntyre, Alonzo King, Melissa Hayden, Paul Sanasard 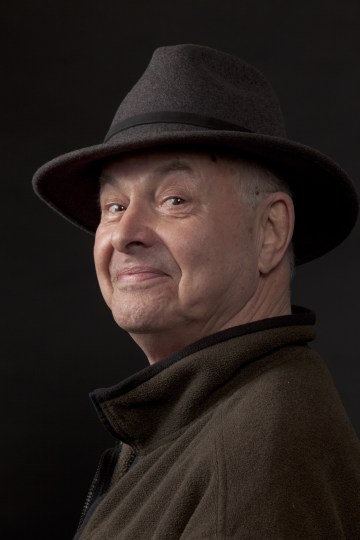 How could one man express so many different musical identities? How could one pianist, who spent vastly more hours playing for ballet classes than any concert pianist would for audiences and whose skill was equal to any, be content in the corner of the studio instead of center stage?

“It was like taking class with Horowitz,” says Jim Lane, executive director of TPB. Nancy Davis agrees. ”Here we had this concert-caliber pianist. I felt like every class was a performance and I was at a concert. He loved ballet so much and knew the music from solos I’d teach in variations class so well he could play them from memory.” read more at orartswatch.org

There are no upcoming events at this time.